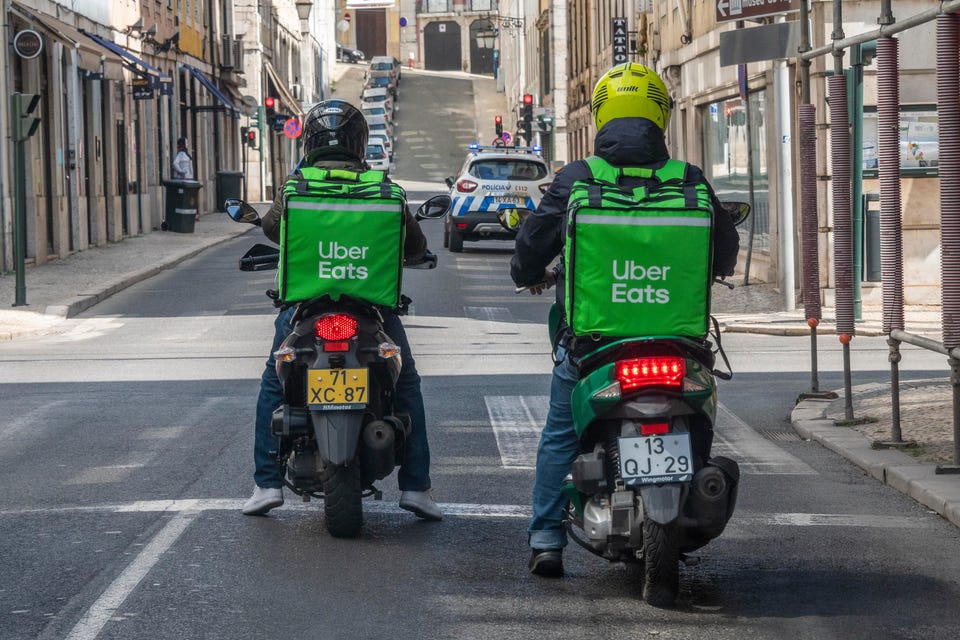 Being the number one scooter rental service in Sydney is only possible with the growth of the food delivery business.

Uber was born out of a cold winter night in 2008 in Paris where, the founders (Travis Kalanick and Garrett Camp) couldn’t get a taxi. In 2009 they developed an app that allowed a one click to ride button. Once the app took off around the world they branched out further and delivered ice cream to 7 US cities in 2012. In 2015 they teamed up with restaurants and cafes to bring food right to peoples door. This happened following their partnership in 2014 with the not for profit ‘No Kid Hungry” to donate #5millionmeals to children in need (this was among a whole lot of other charity work the company links with). Through the years, Uber has used their company to grow communities and help those in need across the world.

Uber Eats is also the sister company of Uber (obviously!), which means that every time someone uses, thinks or see’s the Uber logo they are reinforced to think of Uber Eats. Through the pandemic Uber eats gained 30% new customers as people wanted to avoid any social interaction. In 2020 they reported $4.8 billion in revenue with Aussies making up about $2.6 billion of that. Uber in Melbourne “get the food [they] want, from the Melbourne restaurants [they] love, delivered at Uber speed.”

Uber Eats employs around 59,000 people in Australia in which drivers earn between $20-$22 per hour. The hours are flexible for workers allowing 34% of them to study and 79% of them to be employed with other companies. 32% of the workers work between 11-20 hours per week, making it a great company to work for and get the work/life balance.

With Uber Eats being the leading food delivery service across Australia, it is defiantly one worth considering when hiring your scooter for food delivery.